Christian, are you ready for Halloween? 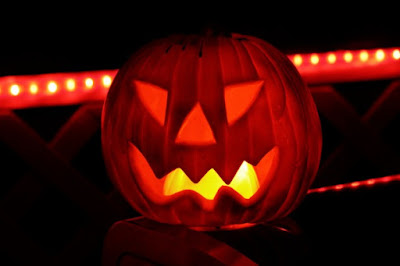 Rise of Halloween:
Halloween is a challenging topic of discussion among Christians today.  Christian views range from seeing it as harmless fun or as occultist paganism growing at an alarming rate.  Some people see it as an opportunity for ministry, others as something best avoided at all cost.  Whatever your view, it’s growing popularity is undeniable.  Here in the UK the trick-or-treat phenomenon is growing fast.  New research in the UK suggests that up to 70% of under 25’s now celebrate it in some way!

To Halloween or not to Halloween?
So what are we to make of it as Christians?  The Bible clearly tells us to “cast off the works of darkness and put on the armour of light!” and to “Abhor what is evil and hold fast to what is good!” But it also says “Do not be overcome by evil, but overcome evil with good!”

The Christian debate also involves different narratives of how Halloween began.  Some say it was started by Pagans to worship evil spirits.  Others suggest that it began as a Christian festival about overcoming death.  To be honest, I do not know which it is, and personally, I don’t think it matters all that much.

You may be surprised by which Christians fall on what side of the debate as well.  I remember watching an “Ask Pastor John” video where John Piper had no problems with kids taking part in Halloween.  And as many of you know our loved Pastor Bobby used to be partial to a bit of trick-or-treating himself.  But of course, that doesn’t mean it’s right, though.

For me, I guess I believe that we should not celebrate Halloween.  I just can’t see how it can be right to make light of Satanic evil.  But at the same time, I’m not convinced by the usual alternative Christian responses.  There are four that I have come across:

1. Pretend your not at home and don’t answer the door!
2. Answer the door but make sure the people know you’re a Christian and that they shouldn’t knock next year!
3. Have alternative light parties for our kids and hope we can get a few non-Christian kids out of trick-or-treating.
4. Hand out Gospel tracts along with candy warning against the danger of Halloween.

Are these the only Christian responses possible?  I don’t think so.  I will address some of these directly below and offer my own alternative. 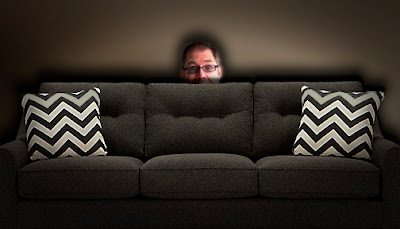 Don’t live in fear of Halloween:
When I was a child, it was obvious that as a Christian family we were supposed to hate Halloween.  But it went even further that that.  In fact, we were scared of it. Every year as a family we would turn off the lights and hide in our back room, dreading every knock at the door.

When the eventual knocks did come, we’d hold our breaths, hoping they would assume we were not at home.  And breathe a sigh of relief as they moved on (perhaps after throwing a few eggs at the door).  Hiding was our Halloween Tradition.  On October the 31st every year we felt “Overcome by Evil”.

But in my more recent years, I began to think, “why should we live in fear of evil?”  We have a mighty Saviour who defeated death, Hell and the Devil at Calvary.  Our Light -Jesus Christ- came into a world of darkness and shone a light so bright that evil fled.  Jesus wasn’t afraid that His light might be dimmed, by mingling with people in the dark.  That’s not how light and darkness work.  Darkness always flees from the light, especially the Light of the World!  As John puts it “The light (Jesus) shines in the darkness, and the darkness has not overcome it.”

As Christians -we more than anyone- don’t need to be afraid of the dark! Halloween can’t hurt us.  Opening the door to trick-or-treaters won’t infect us.  In fact, the Bible tells us that our light, when shown in love, might affect them!

On the other side of the door:
During my time as a London City Missionary, I discovered what it felt like to be on the other side of the door.  I would regularly go door knocking, hoping to chat with people about Jesus.  I realised that you do know when people are in and trying to avoid you and how it feels to be ignored.  I dreaded seeing the “No religious callers” signs too.  Even though I had sympathy for the reasons people had those signs, I still felt rejected.  Did it stop me doing door to door?  No, but it did make me think; “What impression am I making when families knock on my door, and I hide from them?”

Another thing struck me as I thought more about it (while hiding behind my couch one October 31st).  All year round I was knocking on the doors of my neighbours and struggling to engage them in conversation.  But for one night a year they knocked on mine, and I was the one hiding away!  I didn’t want to “celebrate” Halloween, but I didn’t want to waste the opportunity it brings anymore.  And in East London, it was a great opportunity.

During my last couple of years of working in East London, we had some amazing Canadian neighbours who loved Halloween. This couple took every opportunity they could to bring the community together.  For them, Halloween was one of those opportunities.  And when I say loved Halloween I mean they loved it!  One year they covered their three-floored house with fake webbing and placed on it a 6ft giant Spider!  The next year they spent three months building a giant flying saucer.  They then attached it to the side of their house to make it look like it crashed.  On Halloween night they opened up their garage to hundreds of children to see an alien autopsy done by Men in Black of the dead pilot!  And the piles of sweets they gave away, you wouldn’t believe!  As you might imagine our street became popular with trick-or-treaters.

So the same year the Aliens invaded our neighbour’s house, I started a new strategy.  I bought loads of sweets and a pile of John’s Gospels to give away.  John’s gospel seemed like the most appropriate Gospel for the occasion with its strong imagery of darkness and light.  On the night we put on a sci-fi movie in our lounge to watch with our kids and left the light on and the curtains open!  And I waited with eager anticipation (instead of fear) for the first knocks.  For the first time, I felt free at Halloween as a Christian!  I was not overcome by the fear of evil.   Instead, I felt I was overcoming evil with good!

And when they came I ran to the door with a great big smile on my face!  We gave sweets to the children and Gospels to the parents.  It wasn’t always easy, but we did it.

Halloween fruit:
I remember one family came to the door the first night we tried it.  The children dressed as witches and ghosts, the dad wasn’t dressed up but was twice as scary!  He had tattoos on his tattoos and had a Staffordshire bull terrier on a lead.  Not the kind of guy you mess with.  I remember thinking, “am I really going to offer him a Gospel?”

I took a big gulp and walked up to him and said: “Hi, I’m from the church down the road and I’d like to give you this.”  He frowned.  Looked at the gospel.  Then he smiled and said “you’re a Christian! Great we just moved into the area, and I’ve thought about finding a church but didn’t know where to start!”  The next Sunday he brought his whole family to our church.  He wasn’t a Christian, but God was obviously at work in his life.

Light parties:
The next year we added yet another dimension.  We decided to hold a light party a week later.  This meant it landed around bonfire night, which works well as a theme for a light party.  And along with the sweets and gospels, we gave out invites to the light party to the kids who were trick-or-treating.  After all weren’t they the kids we are praying would come to a light party?

What I don’t say:
I am always careful never to say “Happy Halloween” and when asked I do try to give my honest answer to how I feel about it. Neither do I feel the need to say that it's all bad.  I just want to give them the gospel with a smile and let Jesus sort it out.

So you don’t need to “celebrate” Halloween or condemn those who do.  You don’t need to say “Happy Halloween.”  Instead, I prefer to say; “It’s so great to meet you, thank you for knocking. Please knock again anytime you like!"

Don’t go against your conscience:
One last thing I want to say.  It is important that you don’t go against your conscience on this issue.  I am not saying you must change your views on Halloween, or that you must open your doors and start giving our sweets, or that I am absolutely right on this issue.  The Bible is clear in Romans 14 that we should each be clear in our minds and that if we doubt we should not do something because anything not done in faith in sin.

What I am saying is whatever you do this Halloween, do it prayerfully, thoughtfully and freed from fear by the Gospel of Jesus Christ.

My prayer is that this Halloween the Devil will be very disappointed.  Because instead of souls falling further into darkness, people will be shown the Light of Christ and be set free!

Isaiah 9:2 “The people walking in darkness have seen a great light; on those living in the land of deep darkness a light has dawned.”

BenAboutLondon
As the Pastor of Outreach at Chessington Evangelical Church my role is to equip, inspire and build up the church in Evangelism. The goal being to bring glory to God by seeing people come to know Him as their Heavenly Father. Before my current role I have been working with London City Mission for 12 years. Where I have been involved in community evangelism through LCM centres, church planting, arts ministry and church attached work. I am married to Emelie (from Sweden) and the father of two amazing boys, Gabriel (3 years) an Noah (10 months).